Fiorini racing just received this letter of thanks from the parents of a young fan that was at one of the races:

We visited your pit at Maple Grove last fall at the NHRA event there and you allowed my son Will to sit in your car.  I wanted to share with you the impression that made on him and how excited he was that night, talking all the way home about how he got to sit in a funny car!

This past weekend his cub scout pack held their annual pinewood derby race, and Will chose to model his car after yours!  He ended up doing very well, finishing fourth in his den (two of the top three cars in his den were also the top two in the pack!).  He missed getting on the medal podium by only one round, despite a slow start, finishing third in his first two races (three third places and you are eliminated).

We thought you might like to see the pictures of him and his car and we hope to see you back at Maple Grove, either in May or October this year., 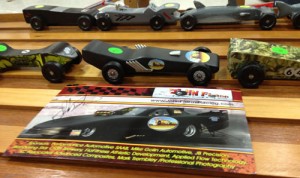 There are no upcoming calendar items posted.

Subscribe and win a chance for two free tickets to a race! 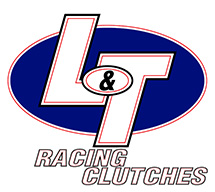